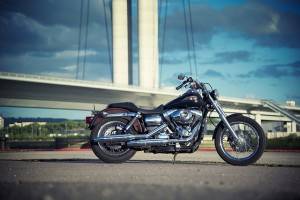 US 27 here in Central Florida is a road well-known by Polk County residents, and it is not fondly thought of. This particular highway has a tendency to have a higher-than-average accident rate and claims multiple lives each year. Drivers frequently experience delays or rerouting thanks to collisions that take place on this road and locals usually avoid driving on it whenever possible.

On Friday, June 17th, a motorcyclist was killed in Haines City when he was thrown from his bike after having a vehicle pull out in front of him. The vehicle was making a left-hand turn across traffic and, as often is the case, didn’t see him in time. The collision left the driver of the vehicle, a 2014 Kia Sorrento, with minimal injuries, but the motorcyclist passed away at the scene. This story, while devastating, is not a new one. This has happened multiple times on Highway 27, and on other roadways throughout the Central Florida region.

Central Florida is a popular destination for motorcyclists, for both vacationing and for residing. Its flat terrain, expansive highways, and extensive coastline make for beautiful motorcycle conditions, and people hit their bikes and head to the Sunshine state on a regular basis. Unfortunately, motorcyclists face higher risk of injury and death on the road, and many times the accidents that leave them hurt, or take their lives, could be prevented.

Motorcyclists should ALWAYS wear a helmet. While wearing proper headgear isn’t a law here in Florida, hitting the road (no matter how busy) without a helmet is not a smart decision to say the least. A multitude of motorcyclists would have likely been saved had they been wearing a helmet when colliding with another vehicle or losing control of their bike.

Additionally, other drivers share responsibility for protecting the lives of motorcyclists. Before making turns, changing lanes, etc., take a second glance. Taking the time to look carefully, more than once, before making a move in a car could save lives. Too often, drivers miss motorcyclists since they have much less of a profile than a full-sized vehicle, and since the drivers have little to no protection when on a bike. They are usually the one to pay the price.

We are saddened to hear that yet another life was claimed in a motorcycle-related accident this month, but we hope you will take heed of what we mentioned above. If you, or someone you know, has been in an accident involving a motorcycle, or any other type of collision, make sure the compensation deserved is being received. At Sessums Law Group, we manage the legalities of your claim, so you can rest easy knowing that your needs will be provided for.

No one ever hits the highway thinking about an accident. That’s why we’re here. When the unexpected happens, Sessums Law Group stands for YOU!