Bicycle Safety: Protect Yourself When Biking on Major Roadways 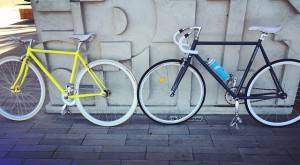 On our Sessums Law Group blog, we have discussed safety tips for motorists regarding motorcycles, pedestrians, semi-trucks, and most of all, other motorists. However, many of these posts have focused on how the driver of the vehicle should practice safety. However, there are also times when the unexpected can happen to you even when you are being vigilant and following “the rules.”

Lakeland residents got a sad lesson in this on Friday, August 19th, as an Auburndale man was fatally injured when he drove his bicycle through the intersection of U.S. 98 South and George Jenkins Blvd. into the path of a Pontiac Vibe. The driver, a man from Spring Hill, was heading east on George Jenkins when the bicyclist decided to attempt to ride through the intersection despite oncoming traffic (and not having the right-of-way). While several other motorists were able to slam on brakes and stop, the driver of the Pontiac was unable, and he struck the bicyclist. The bike and its rider were thrown through the intersection, landing in the eastbound lanes of U.S. 98.

Officer Scott Hutton, with the traffic unit in Lakeland, caught the entire incident on his dash cam, and was able to call for medical assistance and block off the intersection immediately. The bicyclist was taken to Lakeland Regional in grave condition, and sadly, passed away from his injuries. The driver of the Pontiac was unharmed.

It is always sad when life is lost, but it’s worse when some simple safety tips could have saved a life. When riding a bicycle, especially on busy roadways, you are to compete with cars that are a deadly force to be reckoned with. We urge readers to use precautions like wearing safety gear when biking (especially a helmet) and to follow traffic rules in detail. Do not attempt to cross roadways without the right-of-way, and wait for the appropriate lights and signals at all times. When possible, use a biking lane if one is provided, and be hyper-vigilant about motorists around you.

Our condolences go out to the family of the man who was tragically killed in this accident, and also to the driver of the Pontiac who we are sure has a significant amount of stress and guilt to deal with, regardless of whether or not he was at any fault. No one riding a bicycle expects an accident of this magnitude to happen, but when it does, remember that at Sessums Law Group, We Stand For You! We can handle your case to ensure that you get the compensation you deserve, and that you are represented in the best way during your legal proceedings.