Take It Slow: When Speeding and Wet Roads Take Lives 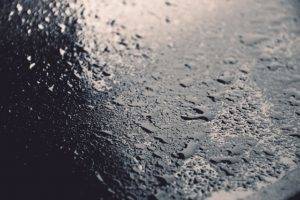 It’s common knowledge that you shouldn’t speed when roads are wet, yet here in Central Florida, the regular presence of rainy weather and our open roadways can cause us to become calloused to the true danger of driving in inclement weather. Sadly, this led to the death of two local residents in Polk County this past week, and it left several others injured and/or shaken up. Speed, and our recent rainy weather due to tropical storm Hermine, are listed as the likely cause of this accident.

On Tuesday, August 30th, a 2013 Dodge pickup truck was traveling north on SR 37, when the driver, Terry Townsend of Winter Haven, lost control on the wet pavement and began to rotate counter-clockwise into the southbound lane. At this time, a 2006 Chevrolet pickup was traveling south on SR 37 and was struck by Townsend’s truck at an angle, causing extensive damage to both vehicles. The driver of the second pickup, Henry Roque, was killed in the impact, along with Josefa Jarquin of Lake Wales, one of his two passengers.

A 2013 Honda Civic driven by M.R. Patel of Washington was traveling behind Roque’s pickup and attempted to avoid the collision, but was struck by the two pickups and begin to spin into the northbound lanes. The Civic then struck an Infinity FX35 that had pulled over to the side of the road when the driver, Jiles Scott Sullivan of Lakeland, saw Townsend’s truck begin to slide on wet pavement. The Infinity was hit in the driver’s side, and Patel’s Civic finally came to rest approximately 150 ft. from the original point of impact.

Sadly, this accident resulted in not only two lives being lost, but left Townsend and the second passenger of Roque’s truck, Elvia Contreras de dios, with serious injuries requiring trauma alert status at Lakeland Regional Medical Center. The occupants of the Civic and the Infinity sustained no injuries in the crash.

For those of us who have heard about this accident, it’s a reminder to never underestimate the danger of driving in wet conditions, even if you feel like the roadway itself is low risk. Wet pavement means your tires have significantly less traction than they normally would, and that means you are going to have a much more difficult time braking and avoiding an accident. Additionally, speeding is not only against the law, but it is also one of the most common causes of car accidents in the U.S. Speed limits are set for a reason, and not following the law leads to a disaster.

If you have been involved in an accident due to negligent driving in wet conditions, or any other conditions, give us a call. Your injuries could mean you are eligible for compensation and we can help you get what you deserve.

Stay safe driving as we anticipate several more days of rain thanks to Hermine. Remember to take it slow, and use extra caution, whether you’re hitting the highway for a long stretch of driving or simply running to the store for bottled water and bread. You never know when an unexpected car accident will happen, but at Sessums Law Group, WE STAND FOR YOU!