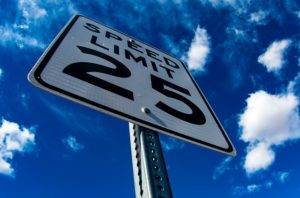 Obeying the speed limit is often looked upon as “prudish” or being overly cautious. While the speed limit signs are clearly marked on every public roadway you will drive on in Polk County, people rarely follow them. However, driving at a safe speed could mean the difference between life and death.

On October 4th, a resident from Tampa sadly became an example of this when he was killed on S.R. 60 here in Polk County. This major roadway in Bartow has lanes traveling both east and west, and in the early hours of Tuesdaymorning the victim was driving his 2009 Nissan 4-door in the westbound lane at a high rate of speed when he lost control. His vehicle spun, crossing the median and traveling into the eastbound lanes where it collided with a semi truck. Unfortunately, the victim died at the scene of the accident due to severe internal injuries.

This is another sobering story where a life was tragically lost that could have been prevented by simply maintaining the appropriate speed while driving. The scary thing about this is that the victim was doing something many of us do on a daily basis. When we are running late, we choose to “bend” the rules a little and drive at a faster rate of speed than what’s recommended. We’re all to familiar with the saying…”Put the pedal to the metal.” While most of us make it to our destination safely, some people don’t. We strongly encourage you to follow the speed limit when you are hitting the road each day. Leave a few minutes early, and if you do end up a little behind in your schedule, remember that it’s better to be late than to never arrive at all. Accidents are never expected, but when they happen, Sessums Law Group STANDS FOR YOU!