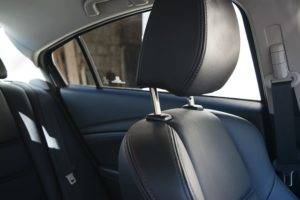 Once again, Sessums Law Group is saddened to hear of another accident that claimed the life of a Bartow father and his two children on Sunday, November 6th. Ronald Green, along with his 5-year old and 9-year old, was traveling with a 4th victim, Tiffany L. Young, on I-75 when Green lost control of his 2005 Maserati and left the highway jumping the guard rail and the concrete barrier. The vehicle crashed into the roadway below, and because they were not wearing seat belts, Green and Young were both thrown from the vehicle. The two children were wearing restraints, but sadly, Green and both of his children were killed in the crash. Young was taken to Tampa General Hospital in serious condition. Currently, there is nothing known about the cause of the crash, so as of now, anything from alcohol to exhaustion could be the culprit, The accident happened a little after 2 AM, and at that time of day, there are many reasons a driver could find himself less-than-capable behind the wheel.

However, regardless of the reason for the initial crash, we want to discuss the results of the crash. The two adults in this vehicle were not wearing their seat belts. While this might not seem like a big deal, it can mean the difference between life and death in a car accident, and all too often the lack of seat belt usage leaves families without their loved ones. What’s worse? If you let someone ride in your vehicle without buckling their seat belt, and they are injured or killed in the event of a crash, YOU could be held liable. Seat belts laws are in place for a reason, and by not enforcing them with passengers in your own vehicle (even if you are wearing your own belt) you are failing to comply. This could lead to you being held accountable by family members and law enforcement in the event of a crash.

If you have children in your care, be sure to have them properly restrained in age-appropriate seating or seat belts before you even start the car. Rear-facing infant seats are best for babies and toddlers, but even older children, up to early elementary age, often require a booster seat to enable their seat belt to fit properly. Make sure belts are secure and hit at the hip and the shoulder (not the stomach and the neck) and that your child knows NEVER to unbuckle until the vehicle is stopped and they are told to do so.

Don’t talk the risk for yourself or the ones you love. Buckle up and stay safe. If the unexpected does happen, and you find yourself in need of legal defense for a seat belt injury or any other collision-related issue, Sessums Law Group is ready to help. WE STAND FOR YOU!