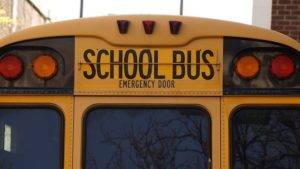 On Monday, a terrible tragedy struck the city of Chattanooga, Tennessee. A bus filled with 35 children was on its afternoon route delivering them back to their homes when it crashed, leaving 5 of the children dead, and many more injured. The driver, a 24-year old man who had just received his commercial license in April, has been arrested with charges of vehicular homicide and reckless driving. His family says he’s remorseful and devastated by the crash, and so begins a sad situation of someone having ruined their own life, and the lives of many others, with a single moment’s choice.

Speeding seems like a harmless, simple action. After all, it’s easy to go 5, 10, or even 15 m.p.h. above the posted speed limit and not think much about it. We live in a society of rushing to our destinations, never wanting to be late, and choosing to ignore boundaries that were set there for our own safety and the safety of others on the road. Unfortunately, the driver of this bus made that choice and ended up taking 5 children away from their families right before Thanksgiving.

Speeding changes how your vehicle handles lane changes, curves, turns, and stopping time. If you are going more than the posted limit in a certain area, you are putting yourself at risk for a collision, and could end up injuring or killing yourself, or someone else.

We urge you to watch out for speed limit signs, and follow them closely. They aren’t there to hassle drivers; rather, they are there to protect all of us on the roadways each day. Our condolences go out to the families of Monday’s crash victims, in addition to the driver and his family. If you or someone you love has been injured by a collision involving speeding, call Sessums Law Group. Accidents are never planned, but when the unexpected happens, WE STAND FOR YOU!