Light Up 2017: The Dangers of Walking in The Dark 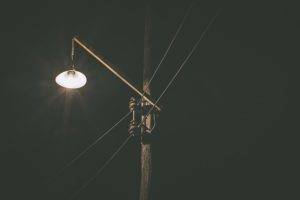 The New Year…2017 is here, and with it, the hopes that we have lower accident rates, vehicular injuries and deaths, and fewer road-related accidents. Before the end of 2016 though, two accidents happened over the course of 48 hours that claimed the life of one pedestrian and left another seriously injured. The two accidents, while unrelated were startlingly similar.

On December 17th at 8:30 PM, a 13-year old was leaving McDonalds at the intersection of Winter Lake Road and Spirit Lake Road in Winter Haven, and was struck while attempting to cross Winter Lake Rd. The driver attempted to swerve and avoid hitting him, but could not, and the young man was struck by the 2002 Dodge Dakota pickup truck. He was left with serious injuries and airlifted to Tampa General, but is expected to recover. Impairment is not suspected, and the driver has been cooperative with the local law enforcement while the investigation is ongoing.

The next night, on December 18th, at 11:00 PM, a 22-year old pedestrian was struck while crossing Broadway Ave. in Lakeland. The at-fault driver, a 28-year old female driving a Toyota Highlander, was heading home when she struck something but didn’t yet realize it was a person. She continued on to her home one-quarter mile away, where she called 9-1-1 and returned to the scene and discovered the victim. He was taken to Lakeland Regional Medical Center where he was later pronounced deceased. Again, impairment is not thought to be a factor, and the driver is being cooperative with investigators.

So, what do these accidents have in common?

Each of the scenes where the accidents happened have little or no light. They have no street lights. The lack of street lights or other light sources might not seem like a big deal when you’re driving, but for pedestrians, they can mean the difference between life and death. As a driver you should appreciate them since they help offer a buffer between you and potential victims. If you hit a pedestrian, you are automatically at fault, and that could be helped with adequate lighting and some simple safety measures.

If you are going to be walking alongside, or near a roadway before dawn or after dark, keep the following tips in mind:

If you are a driver, keep the following in mind when you are in an area where pedestrians are possible:

We hope these tips will help you practice safer driving and walking practices in the New Year. When the unexpected does happen in 2017, call Sessums Law Group in Lakeland, Sarasota and Sebring for a free consultation. We can represent you and your family and make sure you get the compensation you deserve, because WE STAND FOR YOU!