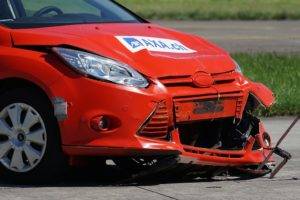 On Tuesday morning, February 7th, Sarasota police responded to an accident on University Parkway that left one man dead and another injured. Mark Obrien was driving his Toyota Corolla east, when he failed to slow down for another Corolla driven by Michael Bakken that was stopped in front off him. Obrien rear-ended the vehicle, and while he was wearing a seatbelt, received fatal injuries and was killed in the collision. Bakken, and his 16-year old passenger, were also wearing seatbelts, and while Bakken received minor injuries, his passenger was unharmed.

Accidents like these are all-too-common, and oftentimes, they could easily be prevented. Rear-end collisions are most often due to…

a.) Being distracted and failing to pay attention when behind the wheel

b.) Failing to adjust one’s driving to current weather conditions

Each of these mistakes is preventable, and avoiding them should be priority when you are behind the wheel of your vehicle. Using your cell phone, eating/drinking, using GPS or radio controls, or talking with passengers are factors in being distracted when operating your car.  Each activity you add onto the job of actually driving means less of your attention is focused on the road around you, and your chances of an accident go up. Additionally, failing to change your driving based on rain, snow (for our northern neighbors), high winds, etc. can increase your chances of an accident since slower speeds, and a higher level of alertness, are needed when driving in these types of conditions. Finally, driving above the posted speed limit substantially increases your likelihood of a crash because you will have less time to respond to obstacles or driving mistakes.

We are saddened to hear about another Sarasota fatality, and while we don’t know the cause of this specific accident as of yet, we know that the reasons listed above are, very typically, factors in rear-end collision cases. No one expects an accident to come his or her way. So when the unexpected does happen, at Sessums Law Group WE STAND FOR YOU!