On the Run: What to Do If You Are Caught in A Police Chase 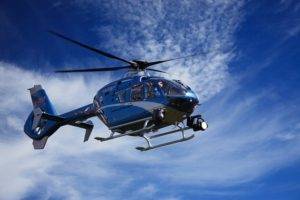 This week in Polk County, deputies were forced to pursue a suicidal victim when he took to notorious Hwy 27 to flee and ended up inuring bystanders in the process. Sadly, the chase ended in the victim losing his life, but it also ended with innocent drivers being traumatized, or even hospitalized, after being impacted by the situation. Because the victim was fleeing, he threw caution to the wind and collided with not one, but two, other vehicles during the chase. Countless other drivers and passengers likely had close scrapes with him before the crises ended, and still more were likely traumatized by watching the ending unfold.

Police chases are, unfortunately, not all that uncommon. They are a very dangerous situation, because they endanger not only the police involved in the action of the chase, but also every other driver/passenger traveling on the roadways in the area of the pursuit. Police not only have to worry about themselves and their partners, but also innocent victims, and still figure out how to catch the suspect with as little damage to him/her as possible. While not an active participant, there are things you can do to help local law enforcement when you find yourself in the middle of a police chase situation on the roads.

First, do NOT interfere. Trying to get “in on the action” will not only make law enforcement’s job more difficult, but it could also put them, and you, in danger. Attempting to help by using your vehicle as a roadblock, trying to help chase down the suspect, etc. could end up getting you into legal trouble, so do yourself and the police a favor and stay out of their way.

In regards to staying out of the way, we have a second tip for you. If you see what appears to be a chase going on, take a nearby exit or, if they are very near you, pull of to the side of the road with your hazard lights on. Do not block them or put yourself at risk of being involved in a collision with either the police or the fleeing suspect.

Finally, pay attention while driving. This is important not only in situations involving law enforcement, but every time you’re behind the wheel. Texting while driving, talking on the phone, listening to music too loudly, etc. means you are likely oblivious to what is going on around you on the roads. You could be at risk for an accident, whether you find yourself in the midst of a police chase or simply in regular Central Florida traffic.

If you have been injured or are dealing with the ramifications of being involved in an accident, give us a call or contact us to discuss your case. Sessums Law Group serves the greater West Central Florida area including Lakeland, Tampa, Sarasota, and Sebring. Don’t settle for less than you deserve when it’s time to head into the courtroom. Let us handle your case, because WE STAND FOR YOU!