Save a Life: YOU Have The Responsibility to Report Drunk Drivers 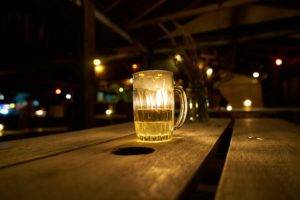 Driving under the influence of alcohol is a hot topic with law enforcement (and lawyers), and unfortunately, it’s a subject that won’t be leaving the spotlight anytime soon. Drunk driving is a continual problem that takes countless lives each year on our roadways, yet people STILL choose to climb behind the wheel of their vehicles after having had too much to drink. For example, just last week here in Lakeland a young man tried to drive his car on the pedestrian walkway (and up the stairs) at Lake Mirror. Fortunately, no one was injured in this particular incident, and the driver, 25-year old Derek Whiting was apprehended before he could do more damage. See story here: https://www.dailyridge.com/en/2017/06/30/suspect-arrested-for-dui-after-driving-on-pedestrian-walkway-along-lake-mirror/

He was quite drunk and officers reported he not only smelled strongly of alcohol, but could not walk, or even stand, steadily. Yes, it was irresponsible as all drunk driving situations are, but did you know there is another culprit accountable in some of these circumstances?

Who else is to blame?

If you see someone who has obviously consumed alcohol and is choosing to get behind the wheel and drive anyway, you have the responsibility to take action and report the individual. The moment that driver starts up their car and pulls into the road there are lives at risk. Whether the driver is going 5 minutes down the street to a friend’s house, or hitting the highway for a long drive home, it takes one moment for them to take the life of an innocent driver. Worried about action being taken against you if you report them? You can report a drunk driver (or suspected drunk driver) anonymously. Even if you didn’t see the suspect drinking, if you see any of the following behaviors it’s worth your time to call the local authorities and ask them to investigate:

Taking the minute to call in suspected drunk driving could save a life…maybe even the life of someone you care about. If you are out with friends or acquaintances and see one of them drinking, stand up and offer a ride home at the end of the night. Take time to call a cab for someone at a party who obviously doesn’t need to be behind the wheel. Do everything you can to prevent drunk driving, but if all else fails, make that phone call.

If you or someone you love has been injured due to a drunk driving incident, Sessums Law Group is here to help. We have extensive experience in helping families get the compensation they deserve after being affected by a DUI accident. No one expects a drunk driver to impact his life, but when the unexpected happens, WE STAND FOR YOU!