Making Intersections Safer: How Polk County Is Cracking Down on Red Lights and Using Technology to Protect YOU 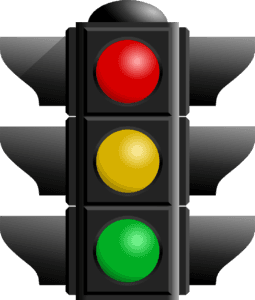 It’s no secret that accidents involving running through red lights at intersections are often some of the most deadly on our roads. These accidents usually involve a high rate of speed, meaning the impact at the time of the crash is worse for all parties involved. The worst part is knowing these collisions are easily preventable by simply following the rules of the road and respecting the traffic signals and yet seeing them continue to happen on a routine basis and take the lives of innocent motorists. In Lakeland though, this trend might finally see a downward turn, as officials are taking steps toward cracking down on drivers who run red lights and make sure drivers understand that the signals are a rule not a suggestion. They are also incorporating new technology that could prevent these deadly intersection accidents and save lives.

Lakeland currently has 174 crossroads with traffic signals that are potential crash sites, but the city has focused on four main points for their research during this project. These intersections are:

Each of the signals at these locations has been outfitted since February with a specialized sensor that has been collecting, and will continue to gather, data for the city to help them better plan for measures to prevent traffic accidents due to red lights. So far, the numbers are surprising. On any given day, as many as 48 people have run red lights at one of these traffic signals, some of them as long as 14 seconds after the light has changed. That means the light for oncoming traffic has been green long enough for drivers to gain speed, and could lead to catastrophic collisions in the intersection.

If all goes according to plan, experts would like to translate this data into action, and equip the traffic signals with sensors that will monitor the distance and speed of oncoming vehicles, and be able to override the signal’s timer and keep the other lights red for 1-4 seconds longer to allow the speeding vehicle to get through rather than change and risk having that driver run the light and hit another car. Being delayed by a few seconds could be the difference between life and death in these situations.

The Florida Department of Transportation has been given the information and is expected to make a decision on this new technology by mid-March. How can you protect yourself in the meantime, and make sure you and the ones you love are safer on the road with or without these special sensors? Follow the rules! When you see a signal change from green to yellow, that’s not your sign to hurry through it. Rather, slow down and prepare to stop. Be sure to stop with your tires before the white line, leaving pedestrian crossing areas and the center of the intersection clear for traffic. Even if you have the right of way, look and look again before going through an intersection. You never know when someone else’s poor decision or recklessness could impact you.

We know the unexpected can happen at any time, and when it does, Sessums Law Group is here and WE STAND FOR YOU! We get the compensation you deserve when someone else’s decision affects your daily life, allowing you to focus on healing physically, mentally, and financially following an accident. Call us to learn more or to discuss your case.